​When I volunteered at Adaptive Sports, I worked with people with both mental and physical disabilities getting them out skiing and on the snow. I worked with all ages and abilities. The first day I worked with someone who had their sight and balances damaged, so they used one of the "buckets." A bucket is a chair that has suspension and skis on it. The bucket can either be pushed around by a trained guide, or they can use small skis that attach to their arm to help them ski around.  The person I worked with was not able to use the ski that attaches to their arms, so I followed the guide around, making sure other skiers on the mountain could see them skiing. The second day I was with a young student who had minor seizures and was only able to speak Spanish. It was the second time skiing for the student, and he was able to ski down with small help from us and tools to keep his skis together. For this student, I work on the fundamental skills to be able to ski. One the third day, I worked with a student who had a problem with balance and sight. This was the student's fourth time skiing. We started with attaching tethers to his skis to control his speed and direction, but by the end of the day, he was able to make turns and ski down the hill. The tethers attach to a harness or the ski it self while the person guiding the student skis behind them, controlling their speed and direction.
Paragraph 1- Big Takeaways
What were the biggest and most lasting things you learned during this experience? What aha moments did you have? What lessons did you learn that you will take with you moving forward through school and work? The biggest take away for me was patience because you have to have patience where you are work with people with mental or physical disabilities. I had to be patient with both the student and the ability of the student, making sure they are always having fun. When working with someone who has a disability, your first priority is their well being. Keeping them comfortable and in good spirits allows everyone to have a better time. Patience was so key when working with people with disabilities.

Paragraph 2- Connections Between School and Work
How did things you have learned or are learning in school connect to what you did in your service project? What skills did you take from the classroom that helped you during this project? What skills did you develop that could carry back into school?
Being able to collaborate and work efficiently in a group is one skill that I had to use during this project. We were always working in small groups and talking to the other volunteer about what to do with the student or person we were working with. Collaborating with other volunteers about what to do to help the person to learn how to ski better. We would also talk about what runs to take where there are minimal people, and the run is not too challenging for them. Collaborating was the most helpful skill when I was working at ASA, and I will use it heavily in future jobs.

Paragraph 3- Time Management
How effective were you at time and task management during this project? What kinds of structures worked for you, where did time management become more difficult? What did you notice about HOW you worked when you had big chunks of work time? Time management was not a problem in this project. We would show up two or three hours before the people we were working with would so we would have plenty of time to read through the folder on the person we would ski with for the day. The next thing we would do was to gather the gear we would need for the day. When the students would show up, you had no clue if they would show up with jack pants and a helmet or if they would show up in their school clothes. After the second day, I was getting into a grove and not wasting any time so that we could ski as much as possible.

Paragraph 4- Connections to YouScience
Look back at your YouScience results. How do your YouScience results connect to the experience you had during Sophomore Inspire Week? Did you see the skills and aptitudes highlighted in your YouScience results in your Inspire Week? How? YouScience said that I was a leader and a collaborator which is accurate and definitely helped me in this project. When we first got there, we were all pretty hesitant to walk around and start talking to the other volunteers. I decided to be the first, and I went around talking to people figuring out what the day would look like. Being able to be a leader and introduce myself to make the first connection was very beneficial because later that week, I was able to be more hands-on due to the maturity that I had shown. Being the leader and collaborator that I am was crucial to succeed as much as I did.

Paragraph 5- Advice for Future Students
What advice would you give to a sophomore about how to make the most from their Sophomore Inspire Week experience? This could focus on how to choose, what to do once you’re in it, what skills to develop beforehand, etc.  The advice I would give a future volunteer at Adaptive Sports would be to be always paying attention to the well being of the person you work with. The work you do at ASA is gratifying, but if the person you work with isn't liking what you're doing, you need to change that. Keeping everyone in good spirits is the most crucial part of ASA. Always pay attention to the well being of everyone and how they are feeling. 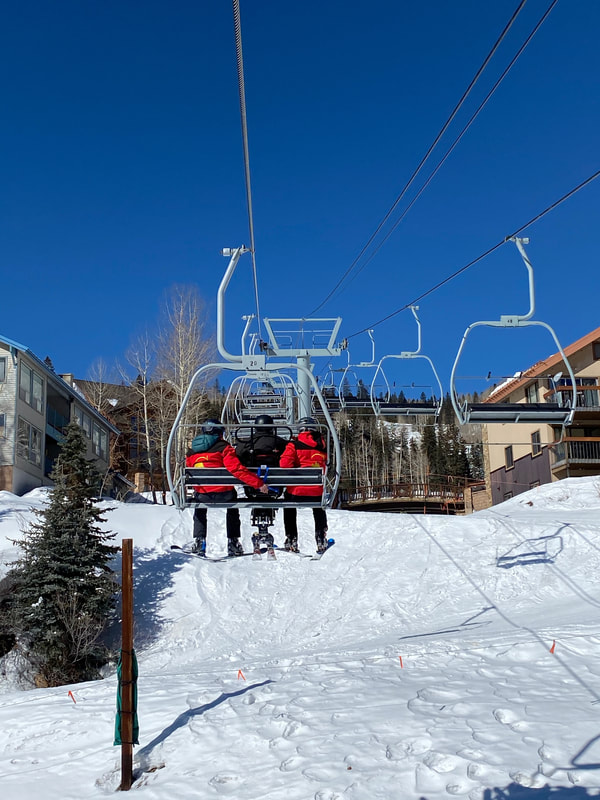